LGBTI people in Russia have a difficult life, and LGBTI families even more so. The Anti Propaganda Law prohibits ‘propaganda of non-traditional relationships’ among the youth. In daily life, this means that even talking about LGBTI issues in front of young people, or carrying LGBTI symbols like a rainbow flag, are punishable. Having and/or raising children in a non-heterosexual relationship may seem unthinkable in this context. But it is happening, and Resource LGBTQIA Russia supports LGBTI families. In Russia this is a brave and admirable thing to do, as families are overwhelmingly seen as a completely heterosexual domain, and there is a lot of religious rhetoric. Resource organised a first of its kind Family Equality Festival this year in Moscow, on International Family Equality Day. 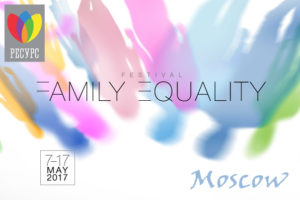 LGBTI families in Russia consist for the most part of two mother families and co-parenting families: sharing the responsibilities between gay men and lesbian women. It is engrained in Russian culture that only women raise children. Men are usually not involved. Similar to in The Netherlands, it is also technically more complex for gay men to start a family. In this context, the most common way to raise children as LGBTI people is co-parenting between a lesbian and a gay couple. Resource promotes this form of family, because it is the most achievable way in the Russian context, and they support the families, for instance with a special group.

Is a festival a good method to contribute to these objectives? The seemingly simple, but meaningful outcomes of the festival provide the answer: simply getting to know other LGBTI families is already a big step, and it is important to have a reliable group of supportive allies to fall back on (for instance when you need a baby sitter) as LGBTI families often cannot count on support from grandparents or other biological family members. 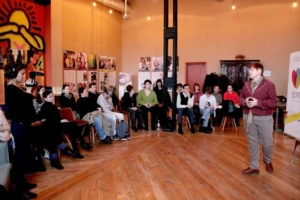 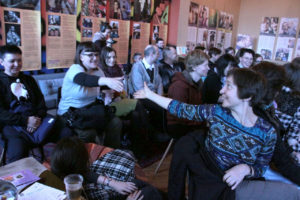 With the Family Equality Festival, Resource created that crucial safe space for LGBTI families in Russia. Legal advice was also provided, something that is only possible in a closed setting and in oral form due to the strict laws for LGBTI people in Russia. And there was room for the children to play and get to know each other in a safe environment, so that they could find new friends living in the same type of family situation.

The Give a Damn Foundation supported the Family Equality Festival in 2017 for the practical parts of the festival, such as renting spaces and buying workshop equipment.  We also supported the making of a video in order for Resource to disseminate the outcomes of the festival to other parts of Russia and abroad.