A man being arrested for drinking a glass of Baileys?? Sound strange? In Cameroon, this is a real possibility; many consider Baileys a drink for women only, so if you are drinking it and you are male, you must be gay. And being gay is prohibited by law. Offenders risk five years imprisonment and heavy fines. According to a report by Amnesty International, detainees are being hit, inappropriately body searched, and incarcerated without charge.

In Cameroon, only a handful of lawyers are willing to defend lesbian women, gay men, and bisexual and transgender people, when they are arrested and detained. Alice Nkom and Michel Togue, lawyers and founders of the human rights organisation ADEFHO (l’Assocition pour la défense de l’homosexualité) are two of such people. They provide legal support for LGBT’s in Cameroon who are being discriminated against, arrested, and detained based on their sexual orientation or gender identity. Despite receiving serious threats, they continue to carry out their brave work. For them it is about defending a universal human right: living free of discrimination. In 2017, they received de Geuzenpenning for their remarkable work.

Besides offering legal support, ADEFHO also provides material support to LGBT people who are arrested, detained and/or convicted; engages in awareness raising activities about legal, and social discrimination of LGBT people in local, national and international media; and offers training and workshops about LGBT rights to lawyers, police officers, teachers, students, and journalists.

The Give a Damn Foundation supported ADEFHO in 2017 in their crucial work. With our gift, we contribute to lawyers for LGBT people who are detained, a Supreme Court case with regards to the interpretation of the law in Cameroon, but also crucial practical matters such as the rent and office costs, which are often hard to get funded.

We admire Alice and Michel for their courage and perseverance and are grateful that we can contribute to the vital support they provide to LGBT people in Cameroon. 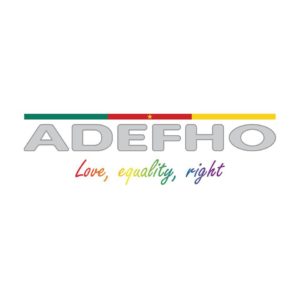